Manioc’s Vitamin B17 kills the cancer cell in humans 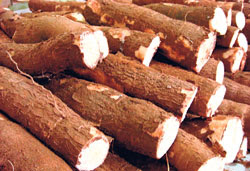 My wonder drug for cancer
by Dr. Cynthia Jayasuriya

Please let me share my happy experience with you. I wrote about it in February 2010 but now with added knowledge I write with many other peoples' experience.

I developed secondary bladder cancer after seven years following cancer in the ureter. My kidney, ureter and part of the bladder was removed. I had radiation to the abdomen there after. It was transitional cell carcinoma of the ureter. I was hale and hearty for seven years and during this period I had yearly examinations of the bladder by the fantastic surgeon who did the surgery at General Hhospital Colombo.

In the seventh year I experienced blood in the urine as I had developed a growth in the bladder. It was once again transitional cell carcinoma (Cancer). The new growth was removed but what if it recurred? While I was convalescing I came to know of a treatment by eating Apricot seed kernel that was being used in Australia and USA without any chemotherapy. The information on this is found in the web site www.worldwithoutcancer.org.uk

In a nutshell, how it acts on the cancer is thus. The apricot seed kernel has a substance called Vitamin B17, which was discovered by a British doctor who worked in a remote region in Afghanistan as a missionary. He found the people of the area measured their riches according to the number of Apricot trees they owned. They ate not only the apricots but also the apricot seed kernels. The apricot seed kernel looks like an almond in shape, size and smell. This is also known as the "bitter almond." The doctor discovered that people of the region did not suffer from cancer. After investigating the doctor found that the seed kernel contained a substance, which has been given the name Vitamin B17.

As I was having cancer I was curious about any food, which had B17 in our regular food. I found by browsing on the internet that manioc also had a large concentration of Vitamin B17. So I also ate the manioc minimum of 10 grams three times a day. Having consumed it for 1 month I underwent examination of my bladder (cystoscopy) at the General Hospital by the same surgeon. He was surprised that my bladder was absolutely clean and normal. "Tthere was no place to take any biopsy" was his very words to me.

While I was taking the manioc I was feeling very fit and well and people around me notice that I looked well.

Armed with the examination results of the bladder examination I published my story for well-being of all cancer patients in Sri Lanka.

Since then every three months I have gone for examination of the bladder under the same surgeon and every time my bladder was clear. Uptil now I have not taken any treatment other than eating the manioc.

In a more simplistic way I would like to explain how the Vitamin B17 in the manioc acts. The scientific name of vitamin B17 is Amagadolin. We know that cancer cells are immature cells and it has a different enzyme to the normal cell enzyme.

What happens is that there is a substance called B17 in the apricot seed kernel (and in manioc), which when combined with a normal cell enzyme breaks down into three sugars.


I have been receiving frequent information from people with cancer who have read my first article about their experiences with the usage of manioc. I would like to share this information with you readers.

Mr. Perera is an 70-year-old gent who was diagnosed with prostate cancer. His wife is a retired Matron of the General Hospital. Mrs Perera read my article and had decided to try the manioc treatment because of the following reasons. The oncologist he was consulting had prescribed a tablet costing Rs. 2000/ daily and an injection that cost him Rs. 11000, which he had to have weekly.

As retired pensioners this was too much to afford. Also Mr. Perera who took the tablets and the injections for a few days refused to take it as it was making him very sick. Hearing of his illness his daughter came from USA to look after him and the daughter and his wife decided to feed him manioc instead of the tablets and injections that were prescribed. When he went on the manioc diet in a week he showed signs of wellness and after eating every morning a large breakfast of manioc for a month they took a test that he was to take after taking the tablets and injections and went to see the oncologist. He took with him the results of the PSA blood test.

Ever since he was diagnosed with the cancer the PSA test results were 280-290 but after 1 month of eating manioc it was now down to PSA 5.89! Then they came to see me too and showed me the PSA results of before and after. This gentleman (Mr. Perera) is not showing any cancer symptoms and they call me regularly to say that he is now hale and hearty.

Another gentleman who had a liver cancer had surgery in Sri Lanka but a little spot of cancer was left behind according to the subsequent MRI scan.

He then was told to go and have a detailed MRI scan done in India at a very high cost.

He started to take manioc soon after liver cancer surgery. When he did go for the detailed MRI scan in India his Oncologist in India, after examination, informed him that he did not need to undergo any surgery or treatment because the spot had not enlarged for a whole year.

He was asked to continue as before. He came and met me and he looks a picture of health now.

I am very interested and encouraged by the feedback I am getting all the time from people who call me to tell their story. Especially as the exorbitant prices of the anti cancer drugs don't also offer a cure. My cousin who grew up next door had cancer before I knew about the manioc. She spent Rs. 40-50,000 for each injection, suffered phenomenally and died a miserable death. (Those of you who watch HBO on the Dialog TV may have seen a film titled "Death Be Not Proud" which depicts the sufferings of a cancer patient undergoing chemotherapy. That patient died). So I thought I must promote these experiences, give them publicity.

No fancy drug companies have done super duper tests on Vitamin B17 on manioc, why not try it? It is cheap, easy to obtain, easy to cook and very tasty and you will be well and not have side effects. So for what more can you ask? As we all know manioc can kill if the preparation is not done correctly. Please take the following precautions in preparation.

A. When choosing a yam to be cooked make sure the yam does not have any blemishes or discoloured areas. And try to buy freshly harvested manioc

B. When boiling keep the pot open throughout the cooking. This helps the excess hydrocyanicacid to evaporate.

C. Keep excess water for the boil and pour it out after boiling the yam.

D. Do not consume ginger or food containing ginger such as ginger biscuits, ginger beer, gingerale for at least 8 hours after consuming manioc.

The rush to find a treatment for COVID-19 has cast a spotlight on the anti-parasitic drug ivermectin, but global health experts have warned ...

Unique Visitors by Country since 20 Nov 11 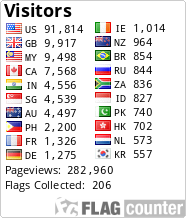 Click the link below to translate this blog into the language of your choice: Chinese (S) Chinese (T) French German Italian Spanish Swedish Select

The contents of this personal blog are compiled from public media and emails I received. They are therefore the opinions of the respective writers and publications. The purpose of this blog is for education and sharing of knowledge. The source of the article is quoted where available.

The information presented here is not intended as specific medical advice and is not a substitute for professional medical treatment or diagnosis.

Please make your own health care decisions based upon your research and in consultation with a qualified health care professional regarding your own personal medical circumstance.

If you have any articles which you wish to share on this blog, please send the link to healthticket@gmail.com

If you like this blog, please bookmark it and tell your friends. In the meantime, I wish you happy reading, and be good, Healthwise!